A healthy life starts with a healthy diet. Learn more about the growth and development of your pup here!

Optimal development for your puppy

As soon as a puppy is born, it starts going through the different stages of growth and development. Their skeletons, teeth, muscles and digestive systems are all still developing.

This stage lasts roughly until your puppy reaches 50% of its adult target weight and is therefore dependent on the size of the breed. During this period, your pup will grow most quickly and make the most new tissue. This period of rapid growth poses an additional risk of metabolic bone disorders.

The rate of growth during this juvenile stage slows down, as does the requirement for many nutrients. This stage still involves the risk of developing musculoskeletal disorders (bones, joints and cartilage).

As soon as a dog is born, it starts going through the various stages of development. There are 7 developmental stages:

During this stage, the pup is still in the womb. Although the basic features of the puppy have already been determined, puppies continue to develop during this stage.

During the neonatal stage, puppies are still blind and deaf. However, during this stage, puppies can smell, which allows them to easily find their mother’s teat.

A whole new world opens up for your puppy! During this third week of life, their other senses start working. First, they open their eyes, and then their hearing slowly improves. This third week also sees puppies begin to develop their motor skills. They take their first teetering steps, react to one another and, by the end of the week, start wagging their tails. This is also the time when puppies start controlling where they eliminate. From now on, they will urinate and defecate away from the nest. 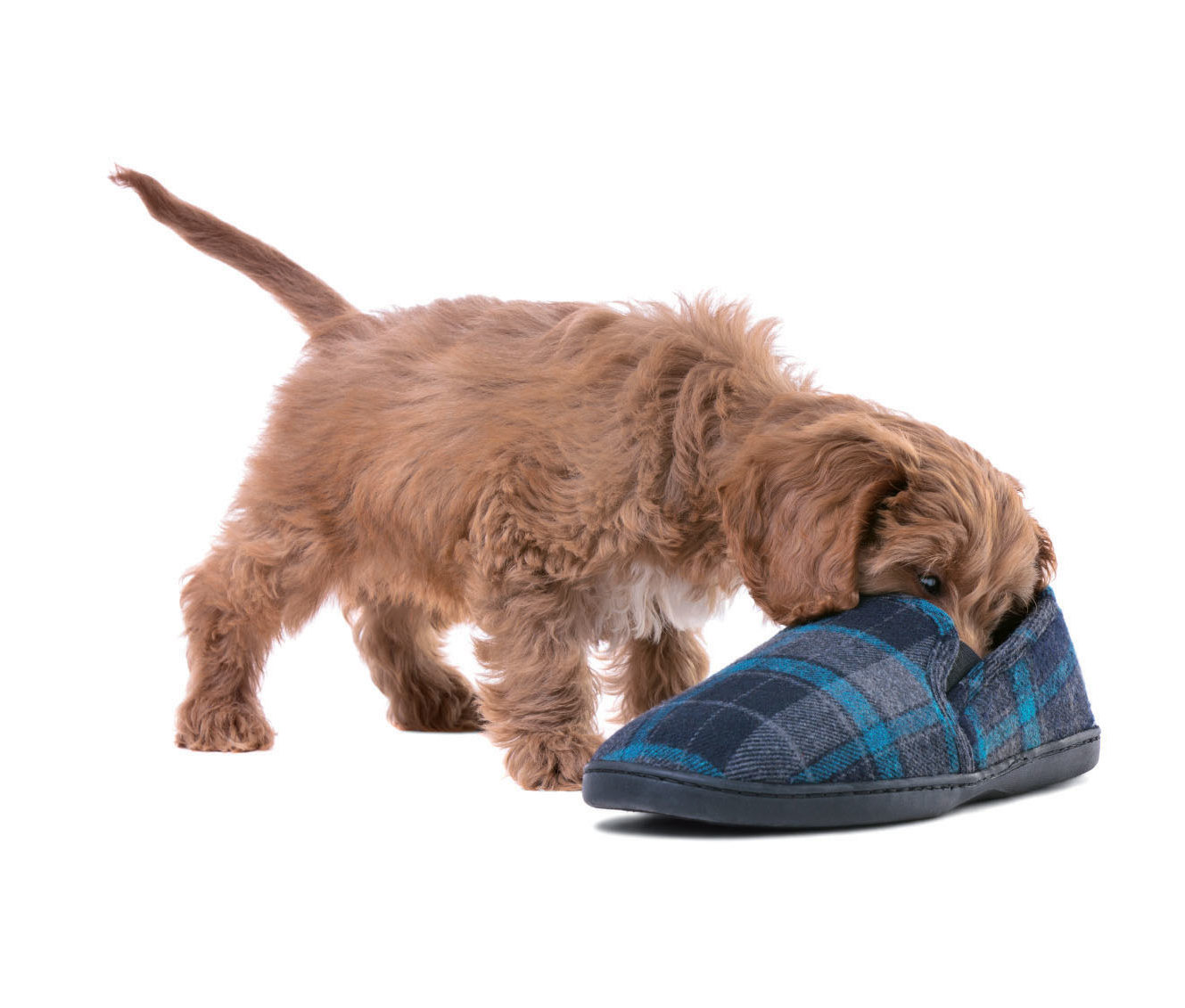 The first socialization stage may be the most important stage in a dog’s life. Everything the puppy goes through now will be experienced as normal. Until 8 weeks of age, the puppy will stay with the breeder. A good breeder will let puppies become acquainted with the different objects they will come into contact with in their future lives: children, cars, vacuum cleaners, load noises, etc. It is easier to get a puppy used to loud noises before its seventh week, because that is when they develop their flight instinct. Puppies learn an enormous amount during this stage. Walking on a leash, walking on the street, getting along with other dogs and dog language. Around the eighth week, your puppy will be introduced to its new home. This means that at this point you must take over the important task of further socializing and training your puppy.

Though the first 12 weeks are critical, socialization doesn’t stop then. It is vital to allow your dog to get to know “the world” and to begin training your pup in a consistent manner.

Also known as puberty! You pup is reaching sexual maturity and will start to test you and rebel. It is important to remain consistent and patient during this stage.
Don’t get impatient. Take a step back from training exercises and remain friendly.
With this approach, you can support your dog in getting through this period. Female pups will go into heat for the first time during this stage. This may involve some changes in behavior. Some females will become less obedient or become “catty ” with other females. Males will exhibit male behavior due to the hormone testosterone. They will start to mark when out on walks. This means they will lift their leg and urinate on objects to mark their territories. To the surprise of some dog owners, young males will have their first fight during puberty, typically with other young males.

Dogs will be fully grown at different ages, depending on the breed. Small breeds mature more quickly than larger ones.